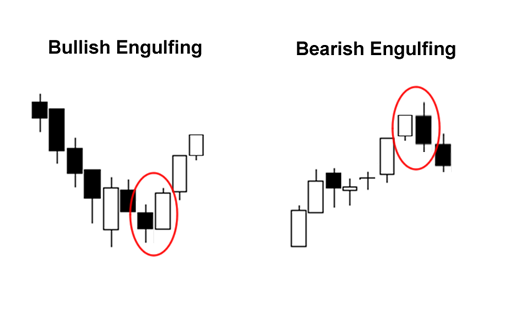 The bullish engulfing pattern is a two candlestick pattern that signals a strong up move may be coming.

It happens when a bearish candle is immediately followed by a larger bullish candle.

This second candle “engulfs” the bearish candle. This means buyers are flexing their muscles and that there could be a strong up move after a recent downtrend or a period of consolidation.

On the other hand, the bearish engulfing pattern is the opposite of the bullish pattern.

This type of candlestick pattern occurs when the bullish candle is immediately followed by a bearish candle that completely “engulfs” it.

This means that sellers overpowered the buyers and that a strong move down could happen.

This type of candlestick pattern are usually be spotted after an extended uptrend or downtrend, indicating that a reversal will soon occur.

Notice how the candlestick formation looks just like a pair of tweezers! 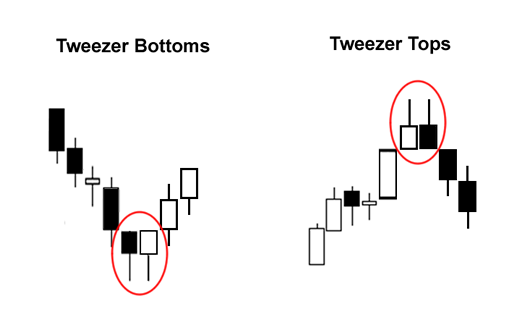 The most effective Tweezers have the following characteristics:

The shadows of the candlesticks should be of equal length.